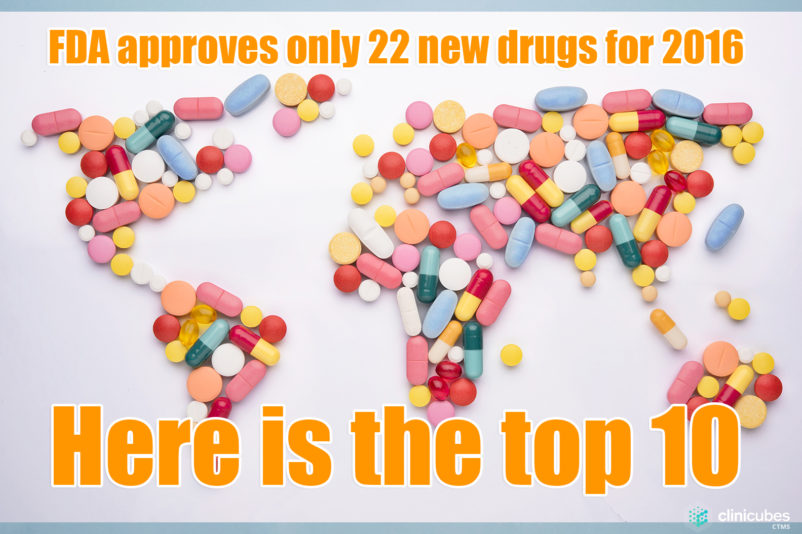 Drug approvals are the aimed goal of clinical trials so that they can positively change people’s lives and treat what have been considered incurable. Unfortunately, 2016 has been unsuccessful for newcomers since only 22 medicines have been approved by the U.S. Food and Drug Administration (FDA). The hopes of the drug-makers are focused on this year, with attention payed on which innovative formula will be a block buster and would there be any market disrupters.

Which are the top 10 novel drugs that has been greenlighted by FDA?

According to EP Vantage’s 2017 preview, which has made the chart according to top sales estimates, the leader of the list is Roche’s Ocrevus (ocrelizumab). This drug is revolutionary, because it promises to change how patients with progressive multiple sclerosis are treated. The arrival of the drug is expected to significantly lower the prices in the MS market. In addition, the newcomer shows much better results in comparison to placebo at preventing disability in patients with primary progressive multiple sclerosis (MS). The latter is the most serious form of MS and the hardest one to treat, too. It affects 15% of MS patients and leads to irreversible physical disability. What is more, Ocrevus has also performed great in the treatment of the relapsing remitting multiple sclerosis. This shows a possibility that ocrelizumab ousts the standard therapy (Rebif from Merck KGaA).

An expected breakthrough is also Dupixent (dupilumab), which is expected to outperform old drugs in the treatment of severe atopic dermatitis. Regarded as “life transforming” for many patients, dupilumab can help more than 1.6 million patients in United States alone, which will qualify for the treatment.

Semaglutide is the new GLP-1 drug that helps patients with diabetes type 2. It actually has the potential of grabbing the first place of popular Victoza and to share a significant market place with Eli Lilly’s weekly Trulicity. What is more important however, is that semaglutide has shown that it significantly lowers the overall cardiovascular risks. This includes a drop by 26 percent in the heart attack, stroke, and cardiovascular death, after a clinical study named Sustain 6 and officially presented in September 2016.

Durvalumab has been developed as a treatment for non-small cell lung cancer. Used as a monotherapy, it is the new inhibitor that will try to fill a possible void in the market.

Niraparib is another PARP-inhibiting drug that appears on the pharmaceutical market. The good news is that it has already shown benefits not only for women with the BRCA-mutated ovarian cancer, but also for those without the mutation. Besides studying the drug in previously untreated patients, Tesaro is also putting niraparib through trials in breast cancer. 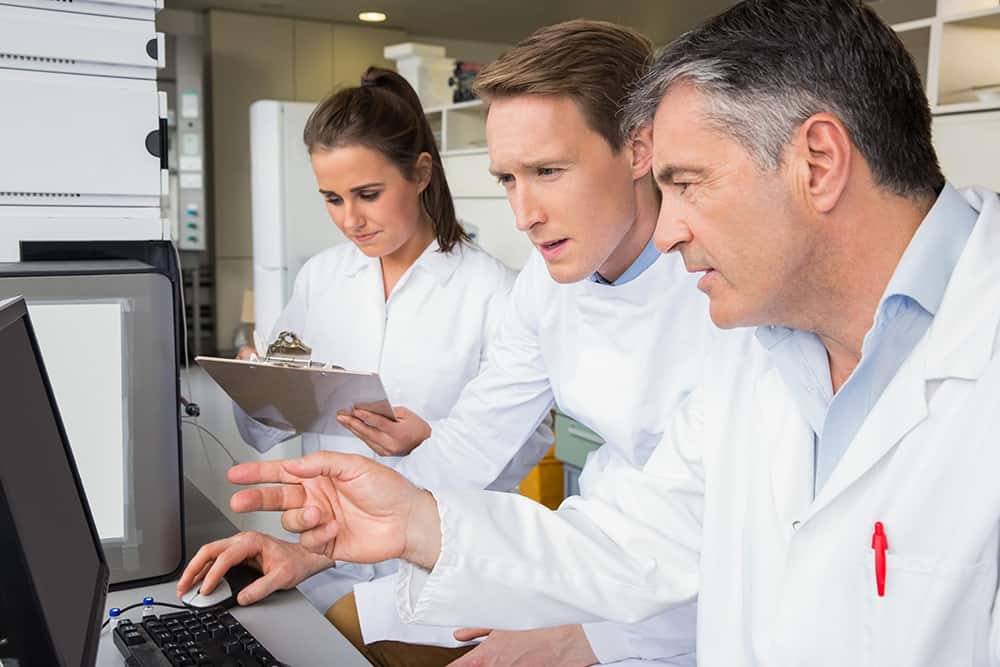 The oral rheumatoid arthritis medicine is expected to be a major breakthrough. Because of the abundance of positive data so far, Baricitinib showed at least 48 weeks of positive effects. It seems that the new drug will have to compete with many others that are currently used as well as new biosimilars of Humira, which are currently being developed.

LEE011 (ribociclib) is Novartis breast cancer drug which will try to challenge Pfizer’s Ibrance in the CDK 4/6 breast cancer field. The company also aims to be the first to generate “real, pivotal” data in premenopausal women.

Axicabtagene ciloleucel or KTE-C19 is intended for relapsed or refractory aggressive B-cell non-Hodgkin’s lymphoma patients. If it is approved, it will be the first CAR-T med brought to the U.S. market. This is one of the medicines that the oncology community is expecting to be the next big thing in immunotherapies.

Valbenazine or Ingrezza is a drug developed for tardive dyskinesia treatment. The disease causes repetitive movements including lip-smacking, grimacing and blinking. The treatment with the med has shown significant improvements of the aforementioned symptoms and the results are “generally positive”.

Spinraza (Nusinersen) is the first ever med to treat spinal muscular atrophy. Since it is the only drug on the market that helps in the treatment of the rare disease, Spinraza is pricy. In details, for each of the 1,700 patients that expect to undergo therapy, the Nusinersen will cost $750,000 price for the first year, and then $375,000 per year after that. This causes some ethical issues, suggesting that Spinraza’s high price could also affect the cost of other rare disease meds. However, Spinraza is anticipated to be a success and to exceed expectations.

Here is the full list of the FDA Novel Drug Approvals for 2016. 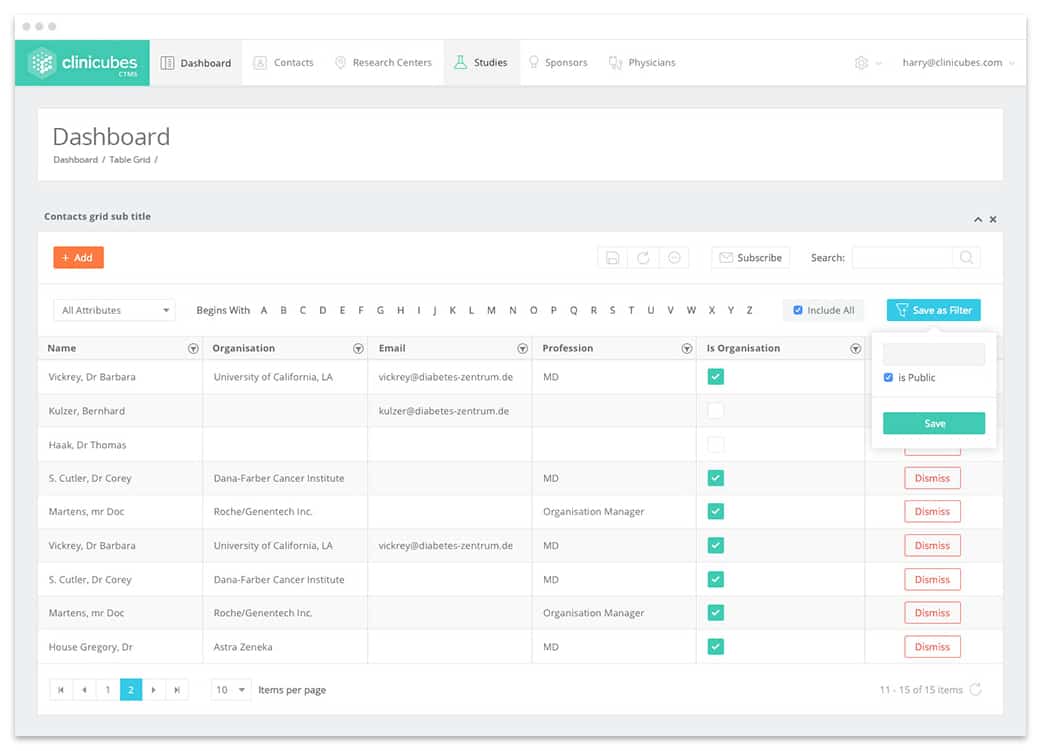 What seems to be worrisome is that 2016 has met only 22 novel drugs. This number is unusually low for the pharmaceutical industry. For whatever reasons there might be, the clinical trial industry isn’t speeding fast enough in comparison to the increasing amount of people with incurable diseases.

It is indeed a fact that the process of drug approval is rather clumsy and what we suggest is the implementation of a system that could speed up the trials significantly. It offers new and efficient ways of management of the entire clinical trial process.

The use of a clinical trial management system (CTMS) in clinical research, results in the achievement of milestones like the 22 novel drugs. The good results behind the conduction of any clinical studies is in the good management. As an effective and lightweight clinical trial management system, Clinicubes offers integrated solutions for every single aspect and phase of clinical studies. In its core, the CTMS is systematized, well-built and easy-to-use. Clinicubes provides with an easier way for collecting, retaining and archiving patient and scientific data. Clinical research professionals can also track deadlines, schedule visitations and monitor treatment progress. It also increases the productivity of the clinical research site and the number of successfully completed trials.

We are currently looking for partners for the implementation and customization of Clinicubes. Get in touch and take advantage of what our clinical trial management system offers.

You can find a PDF version of this article here: FDA Novel Drug Approvals for 2016

Why move from Excel to a clinical trial...

Top 4 financial challenges faced by every...

What is the Internet of Bodies and How it...